Since the dawn of creation, the spirit of Moshiach has been calling to us,
but we have yet to reveal him. What will you do today?

We have been in galus far too long. For a moment, let’s put aside all factions. Let’s drop our guards and fears of hearing what may sound uncomfortable and allow ourselves to unite with open hearts and minds to hear a voice of reason that bears a message of hope to bring the final geulah.

To begin, some basic background is in order—events and facts that need to be elucidated.

The History of Eternal Relevance

In the early 1990s, the Lubavitcher Rebbe made his appointment as the Redeemer of the Jewish people candidly clear in many of his public addresses.1 Aside from showing their personal allegiance to the Rebbe, chassidim—with expressed permission—began to publicize the news to the outside world. At first, certain shluchim objected, saying that doing so would turn people away from Judaism. In response to this concern, the Rebbe agreed that silence was in order. However, come the year 1993, the Rebbe himself encouraged, and without any exception to the incoming inquiries, to publicize to the world his identity as Moshiach. And so it was—in newspapers, the spoken word and more.2

It’s of no surprise that the Rebbe’s pronouncement of geulah completely evaded us, as this was the story of our ancestors in Mitzrayim too.3 But here is not the time nor the place to examine this issue; besides, there is no use in crying over spilled milk, as they say.

The following point, though, is of most crucial relevance in our times: The Rebbe, as a gadol hador, tzaddik, and established prophet, whose prophecies on both a global and individual scale were always faithfully fulfilled,4 would never so much as make a movement that wasn’t in line with the ultimate of truth. So how could we ever doubt and not take seriously the Rebbe’s primary prophecy about the arrival of the geulah and his Heavenly appointment as Moshiach, which he himself attested to! Surely it’s only a matter of time until the Rebbe’s shlichus as Redeemer of the Jewish People reaches its completion.5 If time has elapsed, even a considerable number of years, we are certainly only closer. 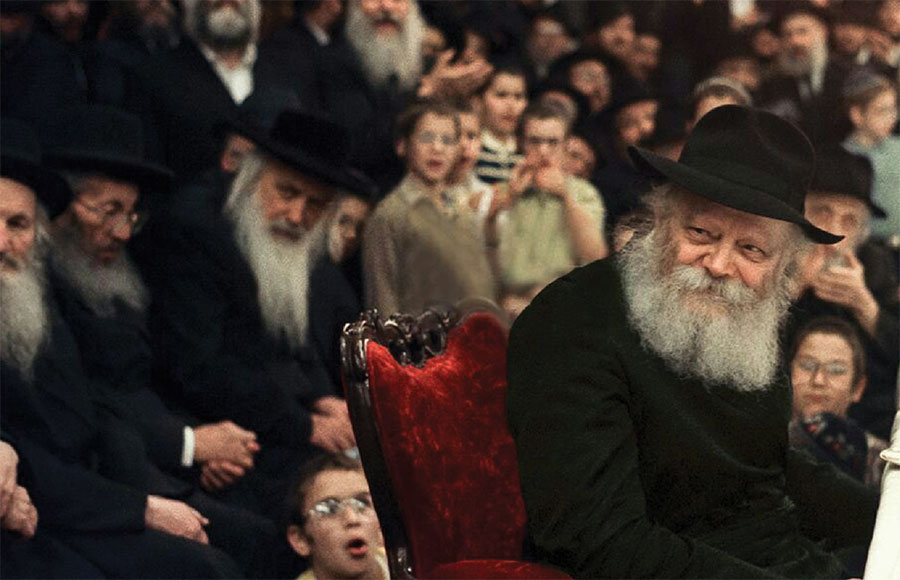 From the Living or the Dead:

The Gemara poses the question:6 Who would Moshiach be if it were to be someone living and who would it be if it were to be somebody who has passed away? This was not intended to be a mere theoretical question—which could be understood non-literally—since the Gemara itself proceeds to respond with many possible candidates of those who repose in the dust.

The Zohar elucidates a three-stage process of Moshiach’s initial revelation, subsequent concealment in order to receive a higher soul, and final complete revelation.7  In other words, with regard to the Rebbe, histalkus was not a cessation of activity, G-d forbid, but an elevated state to receive an even higher level of life that he needs in order to complete the job he began; for this there had to be a brief period of his “absence.”

The Midrash likewise states that the future Redeemer will be revealed, then concealed, then revealed again.8 This is quoted by Rabbeinu Bechayei9 and the Chasam Sofer on the Torah.10 The latter writes, “This is a great test that the Redeemer [Moshe] was concealed… and so it will be at the time of our righteous Moshiach that he will be concealed after his revelation, as mentioned in the Midrash.”

The King and the People: What You Can Do

Beginning with the command to appoint a king in Parshas Shoftim,11 we see the emphasis on the role of the people. This was evident by the appointment of King David, where despite his prophetic anointment by Shmuel Hanavi, the majority acceptance of the people, including the elders—a seven-year process12—was also needed to make his appointment official.13 So was the case with the people’s acceptance of King David’s successors as evident from Scripture.14

Likewise, in the sichah of Parshas Mishpatim 5751, the Rebbe taught:15

“The appointment of Moshiach has already taken place… There only needs to be the acceptance of his kingship (kabalas malchuso) by the people, and the devotion and attachment between the king and the people in a most revealed sense—with the complete and true geulah.”

The following year, in the sichah of Parshas Chayei Sarah 5752, the Rebbe said:16

“The only avodah left to do is to be mekabel p’nei Moshiach Tzidkeinu.” The Rebbe proceeds to explain this as performing all of Torah and mitzvos in a manner of immediate preparation to bring and greet Moshiach.

The attribute of malchus, kingship, as Chassidus explains, needs to be aroused from others; that is, by the speech and deeds of the people, who call forth the leadership of the king—in this case, Melech HaMoshiach—with their total allegiance and nullification to him, since there can be no king without a nation.

This concept is expressed in Pirkei d’Rabbi Eliezer, which presents the query,17 “If a king does not have armies or camps, what is he king over? If there is no nation to praise the king, where is his honor?”  In the language of Chassidus—אין מלך בלא עם.

Similarly, the Rebbe is saying in the first sichah above that it’s not sufficient for Hashem to appoint Moshiach; when the complete geulah occurs, the people will have to formally “accept” his kingship (kabalas malchuso) in order to bring about their absolute attachment to him and his to them.18 In the second sichah quoted, the Rebbe takes the idea of kabalas hamalchus a step further, saying that even before the complete geulah, we show our anticipation to attach and devote ourselves to Moshiach by doing everything in these final days of galus with the intent of bringing about his complete revelation and our subsequent bond to him. In other words, we see how there is a strong connection between the intent, speech and action of the people in their role in revealing Moshiach in the complete sense.

It would seem that the Rebbe’s encouragement to publicize his identity as Moshiach is also tied to the above. In doing so, the Rebbe opened the door for our connection to forge even before his complete revelation, and hasten that time with the people’s eagerness to accept his appointment. It wasn’t enough for Lubavitch Chassidim alone to crown the Rebbe, but the Rebbe strove to publicize the matter worldwide; after all, אין מלך בלא עם, and all of Am Yisrael are the Rebbe’s people and ought to accept his sovereignty willingly.

Just reflect: By Divine directive, the Lubavitcher Rebbe revealed himself as Moshiach almost three decades ago. It is now 25 years since the Rebbe’s “passing” and we have endured so much as a people and individually. If in the past, like our ancestors in Mitzrayim,19 we were unable to perceive that geulah could be a reality, let’s not let the darkness of galus dull our senses any longer. Finally, it is time to open up our minds and hearts to hear the message of the Rebbe,20 “The time of your redemption has arrived!” and actively fulfill the prophecy in Scripture,21 “They will seek Hashem, their G-d and David their king”—they will seek Melech HaMoshiach who comes from the seed of David, and from him they will seek their request that he should rule them.

As Rosh Hashanah approaches, when we crown the King of all kings, let us keep in mind His agent, Melech HaMoshiach, who will reveal Hashem’s Kingship throughout the entire world. After all, one who truly desires the sovereignty of G-d to resound worldwide once and for all, will surely strive to crown His agent who will make that possible. The Rebbe is waiting eagerly, with open arms,22 for our call to accept his kingship and lead us to an eternal redemption. Let’s not delay any longer.

May our good resolution is this direction alone merit that we behold our righteous Redeemer who will speedily lead us to the complete and true geulah!

Prophecy in Our Times